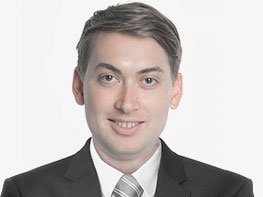 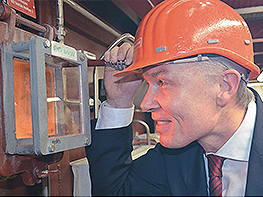 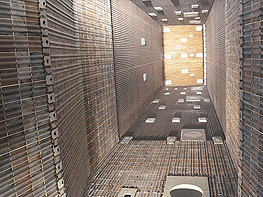 On the outside, it’s an impressive piece of art. But on the inside, it’s a highly efficient disposal machine. With an annual incineration capacity of 250,000 tons of waste, “Spittelau” is one of the largest waste incineration plants in Austria’s capital city. It’s also a popular exhibit for art and architecture lovers the world over, with a facade designed by Viennese artist Friedensreich Hundertwasser.

This curiosity — one of three thermal waste treatment plants operated by Fernwärme Wien GmbH and probably unique in the world — has now been renovated after three years of work. The original instructions for the project completed in June 2015 were: “The outside cannot be touched, but inside, no stone should be left unturned.”

The plant was completely renovated because, after running operations for more than 40 years, major components had reached the natural end of their working life. The effort required for the renovation work was enormous, with considerable costs all in all in the region of EUR 130 million. First, the two 35-meter high combustion boilers, processing up to 16 tons of waste per hour and generating 54 tons of steam, had to be replaced. The pipes that transport hot steam at 400 degrees C into the turbine were also affected by the renovation, as well as the turbine itself where the steam is eventually converted into power and used for heat extraction. In addition, there was the replacement of the catalyst and the transformer station for district heat extraction, as well as the installation of a new feed water container, an ash removal system, and a water vapor system.

Further components of the extensive renovation measures include products supplied by the Condair Group, one of the world’s leading providers of solutions for air humidifiers and evaporative cooling systems. Three Defensor MK5 resistance steam humidifiers were ordered for Spittelau before the work even began. These humidifiers ensure excellent air quality in the plant’s operating facility, in particular where Fernwärme Wien’s employees carry out highly responsible monitoring and control functions. Constantly viewing large monitor displays puts a particular strain on eyes and mucous membranes. Precisely controllable air humidity will noticeably improve working conditions here and also increase the ability to concentrate as well as improve the general well-being of responsible employees.

The electrically operated MK5s provide maximum control precision and are designed for use with drinking water or fully desalinated water. They automatically produce non-pressurized, mineral-free hygienic steam. The humidifier’s patented limestone management system in particular was crucial in the decision to order MK5s for the Vienna plant. Extracted minerals can be continuously removed from the steam cylinder and transferred to an externally located collection vessel.

The importance of this generation site for the city, the second largest in the district heating grid of Wien Energie, is immense. More than 50,000 households are supplied with remote heat and power on the basis of its performance. The manpower requirement necessary during the renovation work—especially during peak periods—was equally high. Up to 400 workers were on site at times to ensure that deadlines were met. One of the two incineration boilers was able to start operation in March 2014.

Thanks to the use of modern technology, the full commissioning of the plant went hand in hand with an increase to a higher level of capacity. The plant’s power production could be increased threefold for the same output quantity of district heat. With a total capacity of 400 Megawatts and a production of 500 Gigawatt hours of heat per year on average, it’s currently one of the most modern and most efficient flue gas cleaning systems in the world.

Vienna’s Environmental Councilor Ulli Sima considers this to be a natural continuation of a sustainable environmental policy: “Modern waste treatment facilities, like the one here in Spittelau, are at the heart of our environmental and waste management plan for Vienna. District heating makes an important contribution towards the climate protection and energy efficiency of our town. Spittelau’s degree of effectiveness has been increased to 76 percent, which means that energy is utilized more efficiently.” Christoph Gschaider, Condair GmbH Austria

Find out more about the steam humidifier Condair MK5